Prior to the arrival of the Europeans, the Native Americans, using fire, managed the lands with great understanding. In the forests they used fire to favor the growth of nut trees and berry plants. They were interested in controlling the undergrowth so that game and enemies could be easily seen. John Fontaine, the Chronicler of the 1716 expedition led by Governor Spotswood to cross the Blue Ridge, noted that he had never seen such large trees and in the Piedmont the land was almost park like.

With the arrival of the folk from Europe, the forest began to be cut down for timber and cleared for crops. This process proceeded over several centuries, so that today only ½ of one per cent of our forests are old-growth. Most of these are in very remote places.

With the establishment of our Forest Service in the late 1800’s, natural fires were suppressed. The Native Americans management with fire had ceased for some time. Fire had been so natural that a number of plants, now endangered, evolved with fire as a requisite in their life cycle.

Deer browsing has put great pressure on the young oaks and hickories. The lack of fire is favoring the thin barked shade loving trees, such as red maple and beech. You can notice this change when you travel through wooded areas. Lots of our forest lands have been converted to pine plantations with the loss of as much as 90% of the forest biodiversity. 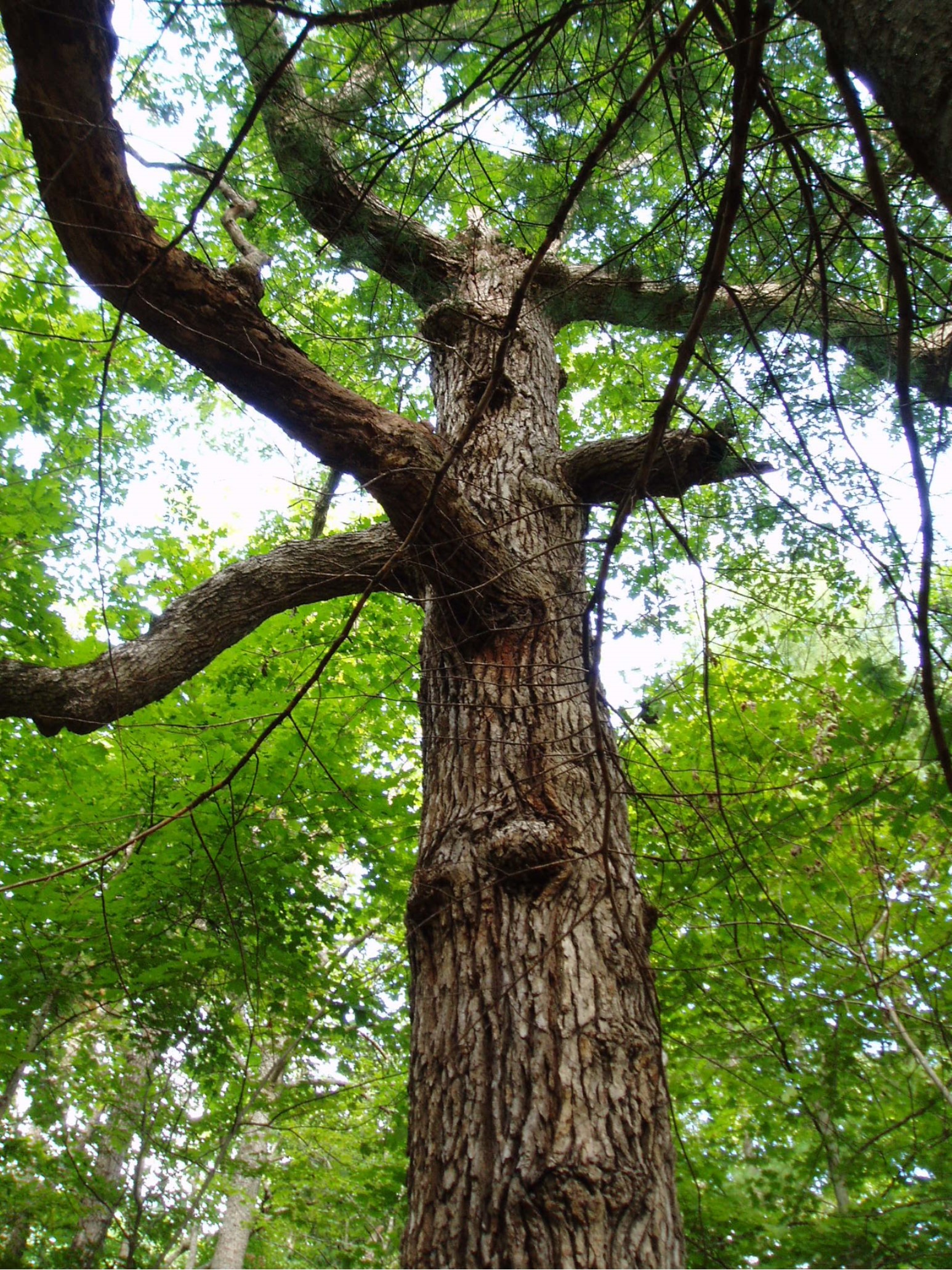 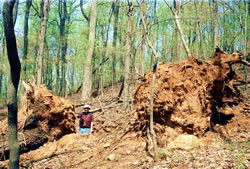 Standing dead wood is important for a variety of wildlife species.

Gaps, resulting from many small wind-caused blowdowns of one to several trees. are a common occurrence in old-growth. Due to treefall gaps, greater sunlight reaches the forest floor and results in 3-5 tree age layers rather than 1-2 layers found in younger forests.

Old-growth soil surfaces are often dominated by the pit and mound rolling topography. The “pit and mound” structure is a result of root mat and associated soil of windthrown trees ripped up from the forest floor, forming a depression or pit. The later decaying root ball and loosening soil fall into a mound. This topography is important in a forest’s nutrient cycling and in understory diversity. 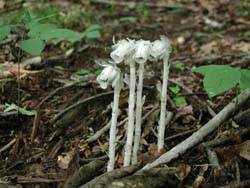 Diversity of Plants and Animals

Great age may be defined as trees exceeding 50% of the projected maximum attainable age for a particular species. The quality of the site may greatly affect the size of the trees.

Especially true in the eastern U.S., the varying ages and diameters of trees in old-growth forests are largely the result of small-scale natural disturbances and differential shade tolerance among species.

Downed logs are a prominent component of the forest floor. These logs, varying in size, contain many of the nutrients present in a tree stand. They are important in maintaining forest hydrology and function as important wildlife habitat. 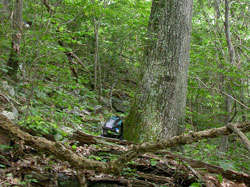 Old-growth forests typically have soils that are high in organic matter and are not compacted. The thick layer supports a considerable number of ferns, mosses, and fungi.

Most old-growth forests approximate a dynamic steady-state condition where they ebb and flow around a mean. For example, mortality generally balances growth and nutrient input is roughly equivalent to nutrient output.

Little or No Evidence of Human Disturbance

Stands with obvious signs of human disturbance cannot likely be classified as old-growth. 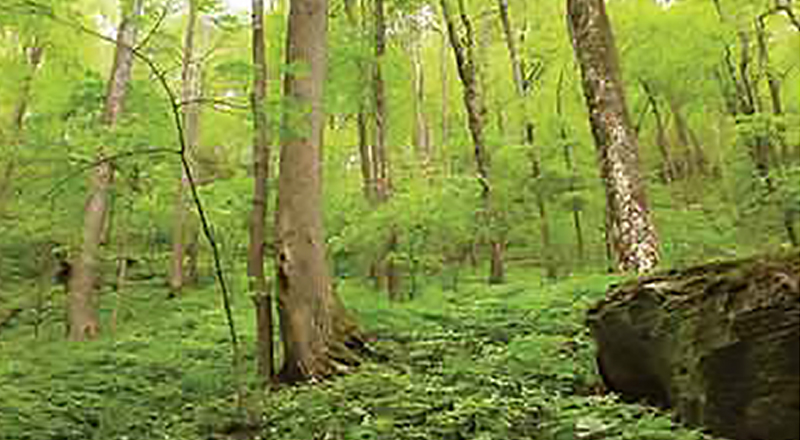 Research indicates that carbon in the form of carbon dioxide is effectively removed in significant quantities from the atmosphere by all forests especially old-growth forests. These very special places are where a full suite of a region’s native plant and animals are and can be conserved. In these forests the pure waters flow and the largest amount of moisture is retained. Rich soils are built by years of humus accumulations. The standing and fallen dead wood is the habitat for a great variety of life. These forests are also exquisite sites for contemplation and aesthetic appreciation.

“Old-growth forests have rightly been characterized as ‘the key’ to biodiversity. The invaluable roles they play include making unique contributions to the gene pool; harboring natural species; demonstrating natural processes; and serving as cores for future wilderness areas and as nodes for biodiversity linked corridors.” Robert Zahner is the author of How Much Growth is Enough?, an essay in Eastern Old-Growth Forests.